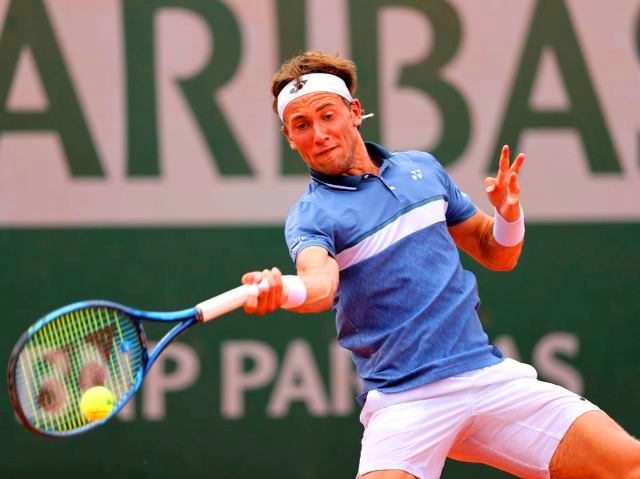 Casper Ruud beat Alexander Zverev 6-3, 1-6, 6-3 to reach the Miami Open semi-finals on Wednesday and compound a difficult start to the year for the world number four.

The Norwegian will meet Argentine surprise package Francisco Cerundolo for a place in Sunday’s final after the 23-year-old, playing in his debut ATP Masters event and ranked 103rd in the world, made the last four when Italian Jannik Sinner was forced to retire because of a blister on his right foot at 4-1 down in the first set.

Ruud will compete in a hard court semi-final at this level for the first time after reaching the same stage on clay at the Masters 1000 events in Monte Carlo, Madrid and Rome in the last couple of years.

For Germany’s Zverev, however, an early exit in Indian Wells was followed by more disappointment in Florida.

Ruud, the sixth seed from Norway came into the tournament having never won a match in Miami but found himself up against the inconsistent second seed, who recovered impressively from a shaky start only to run out of steam by the end of an entertaining tussle at Hard Rock Stadium.

Ruud was serving superbly in the opener with Zverev really struggling to get a foothold and the 24-year-old German found himself in trouble at the start of the second set.

He crucially, however, managed to stave off an early break after falling 15-40 down on his own serve and when Ruud netted soon after, the 2018 Miami finalist was able to finally get ahead at 3-1.

Zverev was suddenly on fire and another break helped send the match into a deciding set.

Ruud received medical attention on his right foot before the start of the third but was showing no ill effects as he quickly broke for a 2-0 lead.

The match had turned once again and it was the Norwegian who produced some blistering winners to seal his place in Friday’s semis and leave Zverev, who is still waiting for his first title of 2022, crestfallen.

The other semi-final match up will be decided on Thursday, when defending champion Herbert Hurkacz takes on Daniil Medvedev in the quarter-finals with the Russian set to return to number one in the world if he wins. Spanish sensation Carlos Alcaraz, 18, faces Serbia’s Miomir Kecmanovic in the remaining quarter-final.